In our area, members of the Polemoniaceae are small, perennial and annual herbs, well adapted to wet as well as arid North American environments. Leaves are variable but are usually narrow, although they can be alternate or opposite, simple or compound.[i] An important nectar species for native pollinators, Phlox have colorful and delicate, radially symmetric flowers.[ii] Five sepals may seem separate, but are actually fused, surrounding five connected petals that are formed into a distinctive corolla tubes. [iii] Stamens are attached to the corolla and are alternate with the petals. Superior ovaries mature into capsules that usually open up to have three valves for seed dispersal. Inflorescences are a rounded head like cluster, cymes, or solidary blooms. Some genera found in Oregon’s upland prairies are particularly sticky (Collomia spp.) or have a strong skunk-like odor (Navarretia spp.).[iv]

Ecology: Facultative Wetland Species (FACW), a Hydrophyte that occurs mostly in sites that are wet in spring but dry by late summer and tolerates dryer areas.[ix]

Notes: A short, easily identifiable plant found in vernal pool areas. Flower heads are sea-urchin like and turn brown when seeds are ripe for collection. May be confused with Willamette navarretia (Navarretia willamettensis), whose corollas are not exerted beyond the calyx and stamens do not extend past the corolla lobes. Can also be confused with Skunkweed (N. squarrosa), which is glandular and has a strong skunk-like smell. 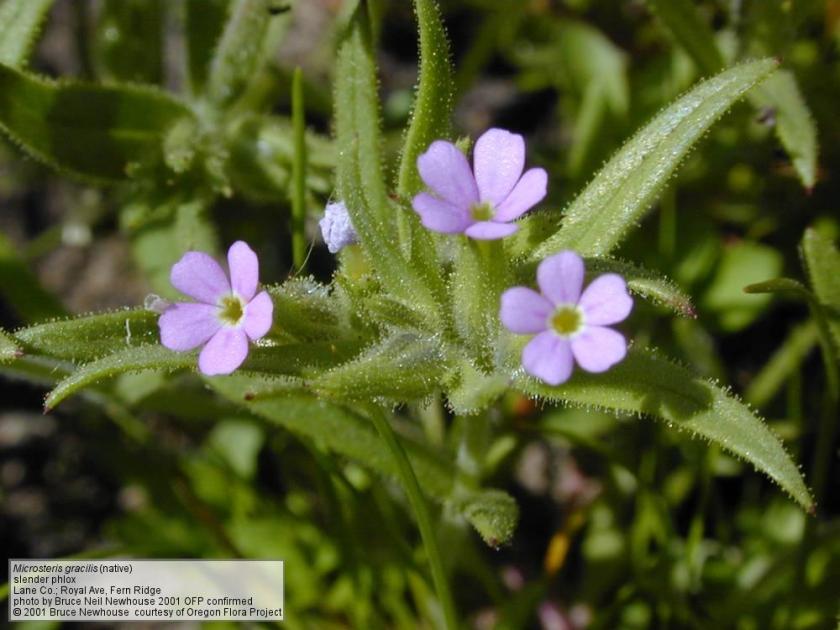 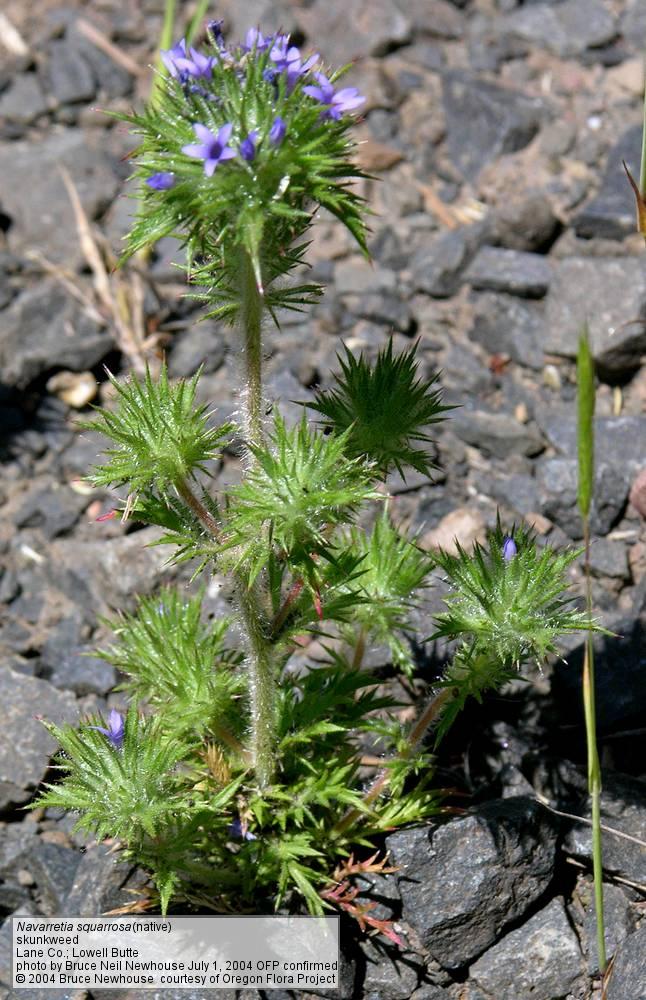