Two genera from this family of showy monocots persist in Willamette Valley Wetland Prairies – Iris and Sisyrinchium (Blue Eyed Grass). Across the globe, the Iridaceae includes 70 genera and 1750 species, with a wide number being used as horticultural specimens – Sword Lilies (Gladiolus), Irises, Freesia, and Crocuses.[1] In fact, one of the world’s most expensive spices, saffron, has even been harvested from a member of the Iridaceae, Crocus sativus, for thousands of years.

Members of the Iridaceae are herbaceous perennials producing regular, radially symmetric flowers with parts in multiples of threes – three showy sepals (appearing as colorful petals), three true petals, three long stamens, and inferior ovaries. Mature fruits develop into dried capsules made up of of three chambers, each containing many, black seeds.[2] Forming either rhizomes, corms, or (sometimes) bulbs, these plants all have similarly long, flat leaves that fan out from the base in an equitant fashion. Describing the way in which Iridaceae leaves overlap, or seem to sit atop one another at the base, the term “equitant” originates from the Latin “equitans” (riding horseback) which has the word “equus” (horse) as its base.[3] Members of the Iris family are not the only family to have equitant leaves, but this is a defining structural characteristic of the group. 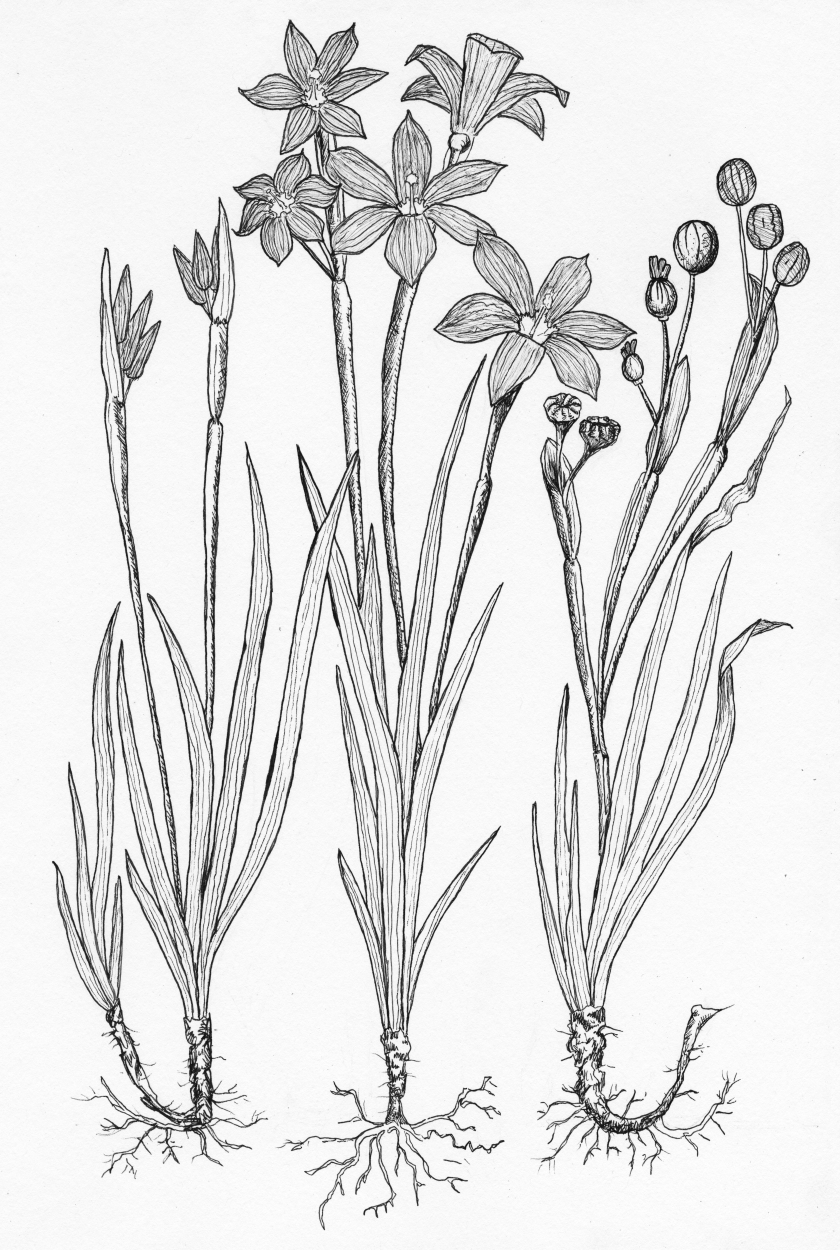 Leaves: Glaucous, blue green color, these flat leaves have parallel veined and are bunched at the base, fanning out equitantly like an iris. Leaves are shorter than the round, tall flower stalk.[5]

Stems: One or more flattened stems per plant, each with tuft of iris-like leaves at base.

Flowers: Tiny, dramatic, blue to purple flowers have a yellow center and can be singular to several. Each flower has six fused petals and sepals (tepals), with a cluster of yellow anthers at the center.[6]

Fruits: Inferior ovaries develop into round egg-shaped capsules at the tip of its branches. Capsules darken to a blackish brown color and rupture when mature, revealing multiple black, teardrop seeds. This tiny flower is prolific, averaging yield of 620 pounds of seed per acre when harvested from mature populations.[7] Plants do not produce many seeds in their first year of cultivation, however steadily increase yield in following seasons. Sisyrinchium are known to be a long-lived genus, maintaining high seed production even after five years.[8]

Ecology: (In the arid, Western US) FACW, Facultative Wetland Species found in in wet meadows.[9]

Notes: May be confused with Hitchcock’s Purple-Eye Sisyrinchium (S. hitchcockii), a rare plant in Southern Willamette Valley wetlands that has very deep, purple flowers.[10] S. idahoenses is a highly attractive pollen provider for a number of native bees, butterflies, and other beneficial insects, including Mardon Skippers (Polites mardon), an endangered butterfly in Washington state.[11] 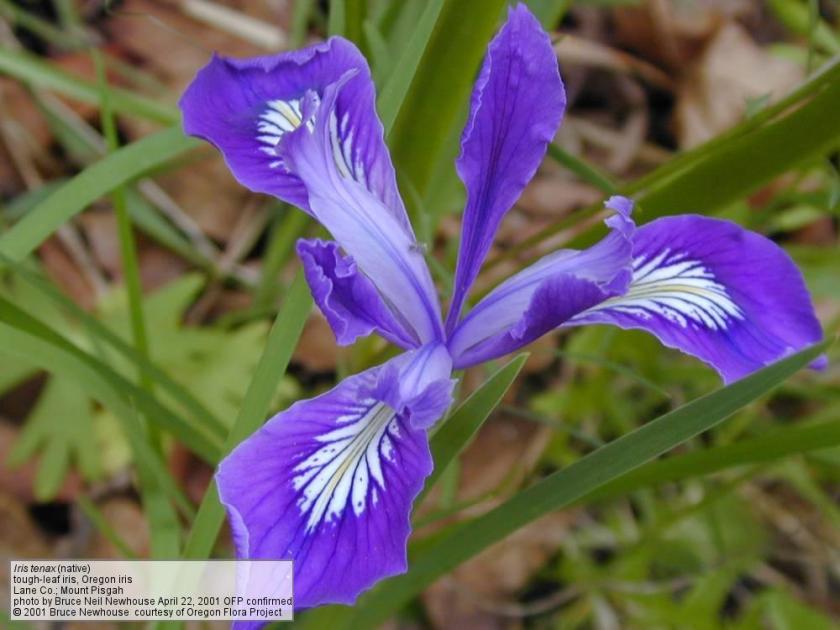